For example, during a trip to the mountains, a wet weather stream cutting through the woods caught my eye. “That’s great!”, I thought to myself, and gathered my gear and headed into the area to get some great photos. I just started shooting whatever was in front of the camera – but I knew that what I was getting wasn’t what I drew me to the location. It was time to slow down and think about it. I literally vocalized what it was that caught my eye – it was the way the water was running through the moss covered rocks. That’s what I wanted to photograph – not the leaves, or the trees, or the full stream, or the rocks with no moss. Now I knew what it was that I wanted and what I didn’t want to include in my photograph, making for a cleaner composition with no distractions – the viewer know exactly what this image is about. 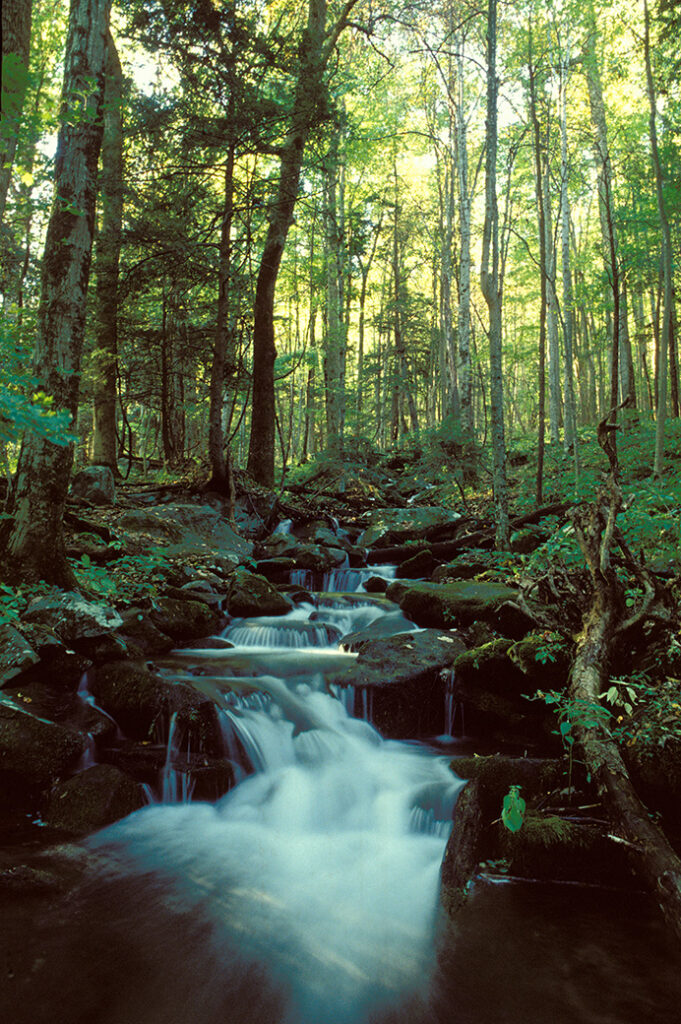 Neat place – but this photo just doesn’t catch it the way I saw it.
Too much light streaming through the trees, logs and twigs sticking into the scene,
and one big green leaf that demands too much attention. 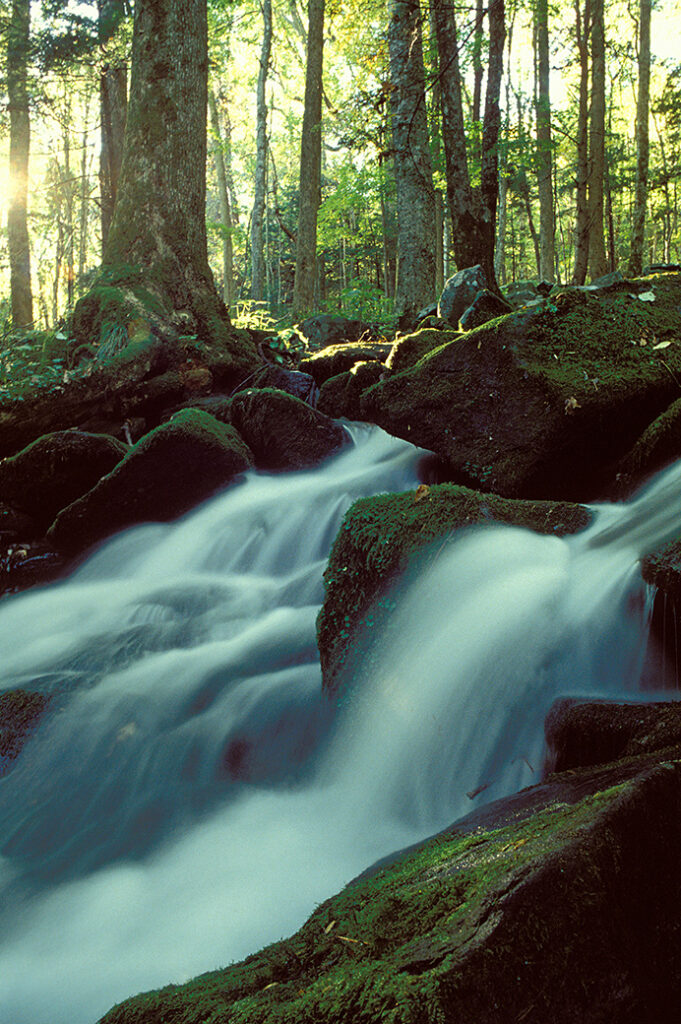 OK – so there’s light through the trees – maybe incorporate it with the stream?
Still not what I was really wanting. 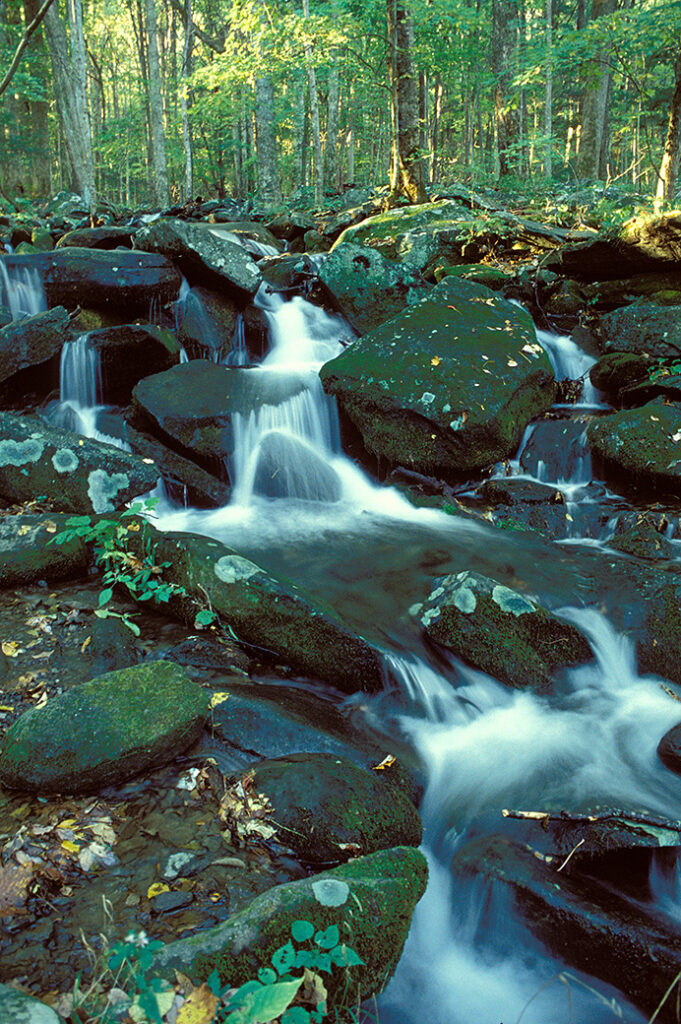 Compose the shot to get rid of the sunlight, but these rocks look ugly.
Time to think about what it was that caught my eye. 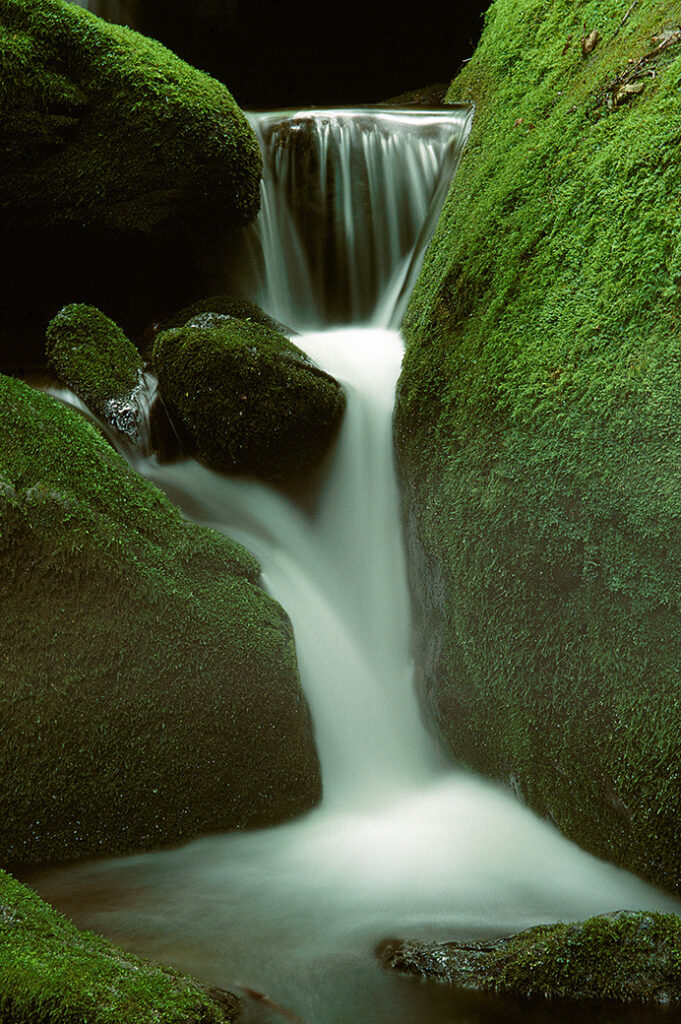 OK – let’s get on with it – up next: Basics of Composition