OK – you want to get some extreme magnification – more than close-up diopters of standard extension tubes will supply. What are your options? Well, you have several – all with their own benefits and limitations. Below are a few.

Bellows
A bellows is really nothing more than an adjustable extension tube – a very large extension tube with a lot of extension. A bellows unit can give you huge magnification rates – 10X, 15X, more – but are much more difficult to work with, particularly in the field. (If I’m shooting at 10X, I’m doing it in the studio!). They’re bulky and much more fragile than extension tubes, especially when extended. Another potential problem is, in order to achieve the best results with a bellows, the lens ideally needs to be reversed. Most lenses are designed to perform best when the distance between the focal point of the lens and the film plane is shorter then from the focal point to the subject. At extreme magnifications (especially with a lot of extension), this relationship is reversed, so the lens performs better when reversed. What this does is exposes all of the fragile couplings and electronic contacts of the lens to the world. Not only that, but you’ve now lost all of your meter and aperture couplings, meaning you now have to manually stop the lens down to take a meter reading and keep it manually stopped down while shooting (and some lens manufacturers make that more difficult than it sounds, locking the lens aperture to a specific opening when removed from the camera).

Reversed Lenses
One inexpensive way to get serious magnification (1X – 3X) is to reverse the primary lens on the camera body. Adapters, or “reversing rings”,  are readily available to accomplish this. One side screws into the filter threads of the lens, and the other side attaches to the camera body. Depending on the focal length lens used, this technique gives some serious magnification – roughly 1:1 with a standard 50mm lens, and roughly 3:1 (3X life size!) with a 28mm lens. The shorter the focal length, the greater the magnification. Now the down side: With a 50mm lens, you get 1:1 – that’s it – so you had better want to shoot something life size. Also, reversing the lens disconnects any metering information between the lens and the camera body, not to mention that it also exposes the delicate rear element and connections on the back of the lens to the world. Another problem is that not all lenses apertures will stop down when not connected to the camera, so you’re shooting with a wide-open aperture (minimal depth of field). One trick is to cut the bottom out of a rear element cap and attach it to the end of the lens. Not only will it close the aperture down (on some manufacturers lenses), it also supplies a bit of protection to the exposed rear elements of the lens. Lastly, the working distance with reversed lenses is minimal, making lighting more difficult.

Cons:
Not very flexible
Loss of metering
Exposes fragile lens elements
Possible loss of depth of field (lens aperture may not close down)

The same calculation applies, only now the focal lengths of the diopters are known – and much shorter, meaning much more magnification. For example, a 50mm lens reverse stacked in front of a 100mm lens gives a magnification rate of 2X! With excellent quality! This is another inexpensive way to get impressive magnification – all you need is a coupling ring, which is a ring that is threaded on both sides – one side fits the filter threads of the primary lens, the other side fits the threads of the stacked lens. Now, with two lenses stacked, you have two sets of apertures – which should you use to control depth of field? Ideally, you want to use the reversed lens’ aperture for this (not the one attached to the camera body) – and you’ll want to do some experimenting to find the ideal aperture to use (too small and diffraction will soften the image, too large and aberrations soften the image). The reasoning behind this is that the aperture of the reversed lens is closer to the optical center of the combined lens. Using the non-reversed lens’ aperture may create unwanted aberrations that will degrade image quality – best to leave this lens open as a light-gathering “tube”.

Cons:
Rear elements of stacked lens are exposed and could be damaged
Small working distance

Teleconverters
A teleconverter is an accessory that fits between the camera lens and the camera body, multiplying the focal length of the lens by a factor of the teleconverters strength. For example, a 2X teleconverter converts a 50mm lens to a 100mm lens. Although they can degrade the quality of an image, a good portion of the quality loss can be considered operator error. Typically, people get teleconverters as an inexpensive way of turning a long lens into a really long lens, many times using them with telephoto zoom lenses such as a 80-200mm zoom to create a 160-400mm zoom. A 2X teleconverter loses 2 stops worth of light, which forces the user to use the combination with the lens wide open just to get enough light from the scene – not an ideal situation. That, coupled with an extremely long lens which renders even the slightest movement as a massive blur, has created a bad name for teleconverters. However, teleconverters can be used for macro work with great success.

Teleconverters do not effect the focusing distance of any lens used with them, meaning, if your lens focuses down to 3 feet, it will still focus at three feet – but now with twice the focal length. Being that it’s being used for macro work, the lens is typically stopped down to a smaller aperture to gain more depth of field, so the problems of using a teleconverter with a wide open lens no longer present a quality issue. In the same vein, the teleconverter is probably not going to be used with a long lens to begin with – we’re looking for magnification, not reach.

Cons:
Not great image quality when used with wide-open apertures
Not great magnification when used alone

Mix ‘Em Up!
Experiment with combinations of macro techniques. Try a multi-element diopter on a lens with some extension, or other combinations. Keep in mind that the order in which each component is attached can make a great difference. 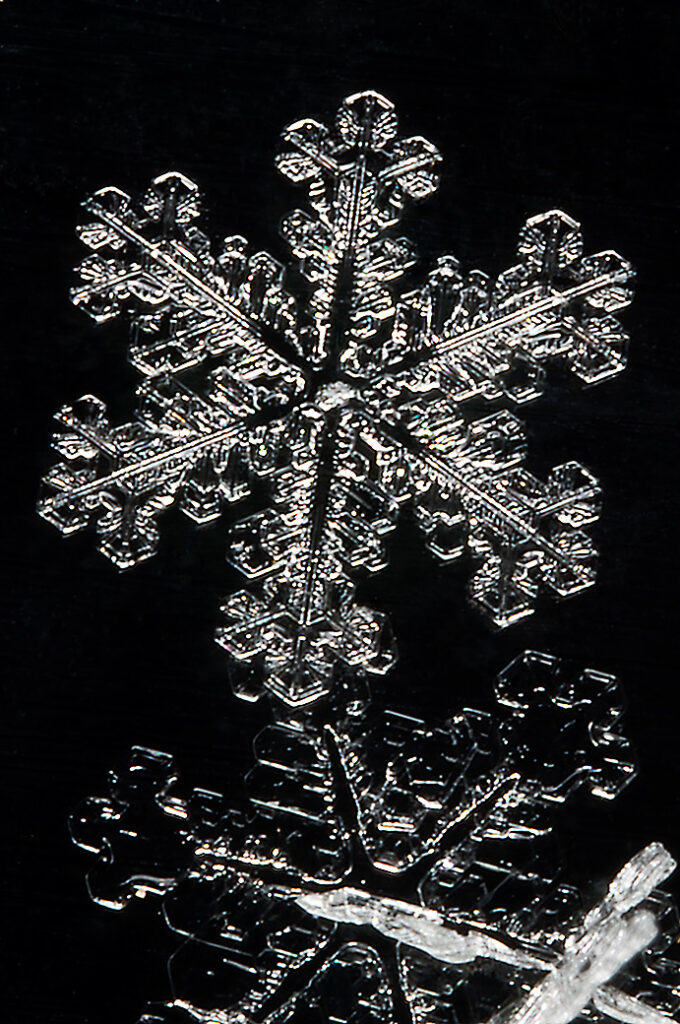 Microscopic
Although microscopic photography (microscopy) is not macro photography, I happen to have a microscope (100 years old – inherited from my physician grandfather) and an adapter to fit my camera to it – and it’s kinda fun to play with it every now and then. I don’t profess to be an expert within this field, so this entry will be limited to this: If you have access to a microscope, there are adapters available to fit your camera to it. From there – experiment. 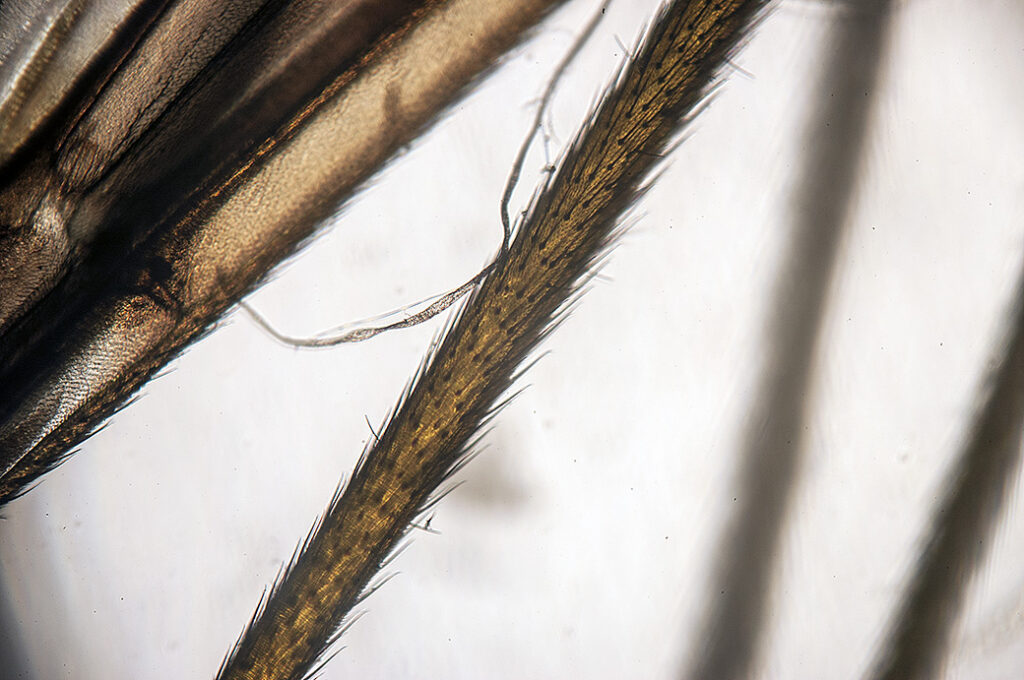 Up Next – True Macro Lenses